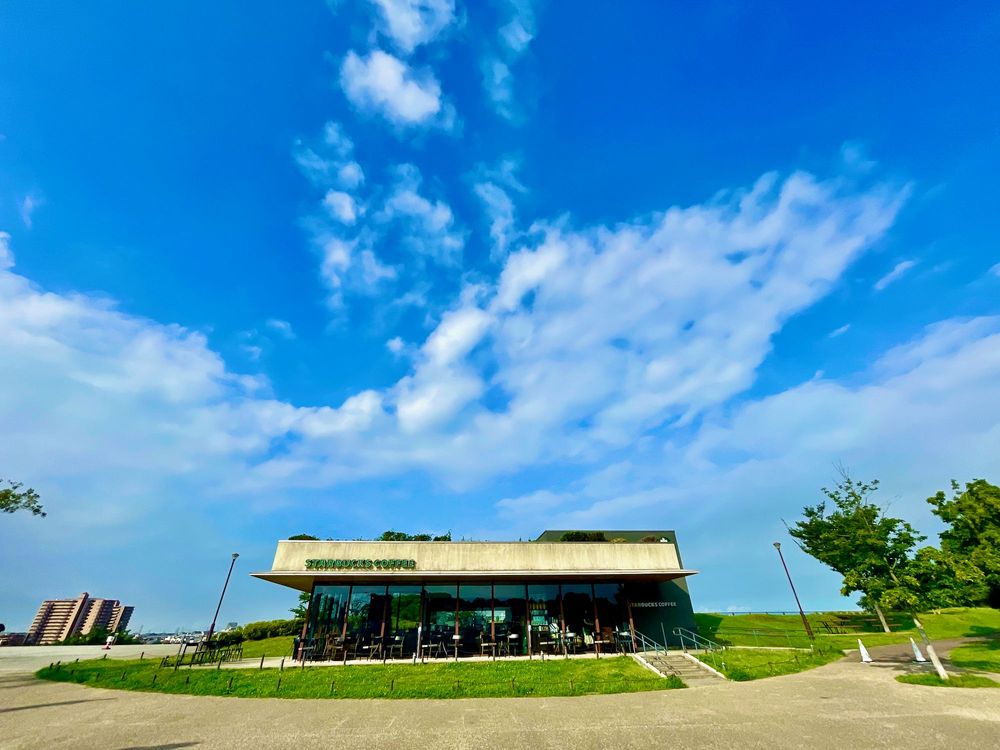 Unlike yesterday, the weather forecast for today has rain noticeably absent. As the front door cut through the brisk morning air and shut behind me, the sky appeared to echo those sentiments. Not a single rain cloud awoke at this early hour to torment cyclists, runners, and morning walkers along the Tamagawa. Today, unlike Thursday, I will be able to easily get 50k logged on Red Chameleon.

I cannot adequately explain in words how utterly busy my first day back after camping was yesterday. Essentially, I was on calls for seven hours straight before I finally had a 90 minute break for dinner. I had no time for lunch, and only ate a light meal at 7pm. It was about 10:30pm when I finally laid my weary and exhausted head on the pillow, pounding like a jackhammer after staring a computer screens all. damn. day.

Not only did I go to sleep later than expected, but I was so thoroughly fatigued I did not feel well. It was blatantly obvious I needed rest. This was apparent because I fell asleep in mere seconds. Once my eyelids shut I was charted off to some fantastic dream-like universe to help rejuvenate my overworked body and mind. In those final seconds of Thursday, I subconciously wondered if I would be able to awake on-time at 4:00am and actually get out of the house to cycle.

As it turned out, not only did I awake on time, but I was also fully capable of riding today. The weather was magnificent, albeit ever so slightly humid. Today was a perfect Friday morning for a Tamagawa cycling adventure, including coffee and conversation with an old friend.

When I crawled out of bed I was still not 100%. My head was throbbing, and I felt physically sluggish yet mentally was 150% in the cycling zone. By channeling the psychological energy I was able to transform myself physically. I quickly changed into my cycling bat-suit, grabbed a quick bite to eat, hydrated, and was now ready to begin this jaunt along the Tamagawa.

The first thing I noticed as I walked down the stairs to the garage was the temperature. It was comfortable, almost mild with a light breeze. The humidity was not overbearing like Mother Nature is known to be during Japanese summer. Everything was looking fantastic for today's ride as I mounted Red Chameleon and was on my way.

The first 6k of my rides are for warming up my muscles. I neither push myself too hard, as if I am trying to break world records, nor do I ride like an elementary school aged child. I exert enough energy to get the blood flowing while loosening up my leg muscles.

I cannot recall where I read it online, but apparently stretching prior to cycling is not the best idea. Rather, riding lightly for the first 10-15 minutes has a much more profound affect than stretching. However, upon returning from riding, this is the ideal time to stretch all your muscles. Stretching is important, it is just a matter of when rather than if.

I was now on my way towards the first checkpoint I mentioned in Teeming Thursday Touring, where I will snap my first picture and kick off the current podcast I am enjoying. The menu for today is to finish up Monster: DC Sniper, and to catch up on the most recent two episodes of To Live and Die in LA. The total time between these three episodes should be enough to last about 1:45 or so.

Although Mother Nature was not interruping today's ride with rain, she was still being somewhat annoying. There was a slight headwind while I was riding upstream. It was just enough to cause me consternation, preventing me from maintaining desired cadence and speed for any decent length of time. My physical condition was also not 100%, and I was feeling it in my quickly tiring legs.

But this did not concern me. I was determined to do the full 50k today, no matter what. I was to meet with a friend at 7:30am, and I had left the house at 5am, so what point would there be in turning back now? I would have to sit on my ass for over an hour or two if I were to call it quits and give up. That was not. going. to. happen.

So I pressed on, never relenting, pushing my legs to stop worrying about the pain and to just pedal using a nice, comfortable rhythm. This worked well, as I rapidly made my way upstream towards that fabled 25k pause point. At about the 18k mark I was feeling really well, happy with the performance, albeit a bit behind the pacing I prefer.

You cannot win everyday, and this was just going to be one of those days. At this point all I focused on was enjoying the fresh morning air, the light breeze, and the freedom of riding Red Chameleon along the Tamagawa while the traffic was light.

When I hit that halfway point I was treated to a beautiful view of Mount Fuji. This is atypical for this time of year, when Fuji is wrapped in cloud cover and normally invisible to the average Tokyoite. I was lucky to briefly glimpse this lovely landmark, feeling deeply pleased Mother Nature treated me with a wonderful surprise.

I quickly hit the head, ate a coffee-honey flavored energy gel pack, and hydrated with some electrlyte drink while taking a quick break. I normally do not stop for too long at this spot because it is not the most exciting location along the Tamagawa. Rather than waste valuable time, I jumped back on the saddle and started to make my way downstream towards coffee and breakfast approximately 20k away.

Today was another weird statistical day. The speed upstream compared to downstream is a like a tale of two worlds. My average speed upstream was around the 26kph mark whereas on the return it was closer to 32k. It is not as if the upstream route has such an incline that my speed should be so severely impacted. Likely my physical condition and the wind played a role in the horrible first half stats. Overall, the average for the entire 50k ended up at 27.2kph, well below what I prefer.

I was flying downstream, fueled by my desire to grab a coffee and something of actual substance for breakfast. There was a bit of traffic on the return, especially in spots along the river where I traditionally run into larger groups of older folks taking morning walks. I had a lot of start-and-stops, but nevertheless enjoyed the entire ride back. Not once did I feel like riding was onerous. I was constantly focused on the goal of sipping a nice coffee!

Despite waking up feeling somewhat like shit, I was now completely alive, with zero remnants or byproducts of the physical impairment I encountered earlier in the morning. This is what I love about cycling - it really does help me feel both physically and psychologically better. It is absolutely meditative, often clearing my head of stress while powering-up my body to push through a tough day in the office.

In no time at all I was sitting in front of Starbucks along the river, awaiting on a friend to arrive and the fabled coffee shop to open. Once he cycled up to the table I was hanging out at, we quickly exchanged greetings and headed inside to grab a coffee and a bite to eat.

Since I had a meeting at 10am, my time was limited and needed to get back home with enough time to shower and prep. Nevertheless, there is nothing like drinking a coffee along the Tamagawa while catching-up with close friends. We spent about 90 minutes chatting before calling it a morning and heading our separate ways.

I learn lessons every day I am out cycling. Today's lesson was all about the need for balance.

Not everyday will I be feeling 100% mentally and 100% physically. There will be days when that balance is weighted more towards one or the other. In fact, there may even be days when I feel like utter shit. But the goal is to focus, and channel energy on one side to increase the other, strengthening those days with unfortunate weakness. The result should be balance, thus facilitating better overall performance on the tarmac.

Cycling should never be a chore. It is fun, and should remain so, otherwise what is the point?

At this juncture I am just under 50% of the weekly goal with two days remaining to ride another 94k. If I only ride 50k each day then I will easily achieve my desired objective.

However, depending on how much time I have in the morning, I may try to ride a bit further than 50k. That is dependent upon the totality of weekend conditions, so we shall see. In the meantime, it is Friday and time to finish up the week and prepare to enjoy the weekend.