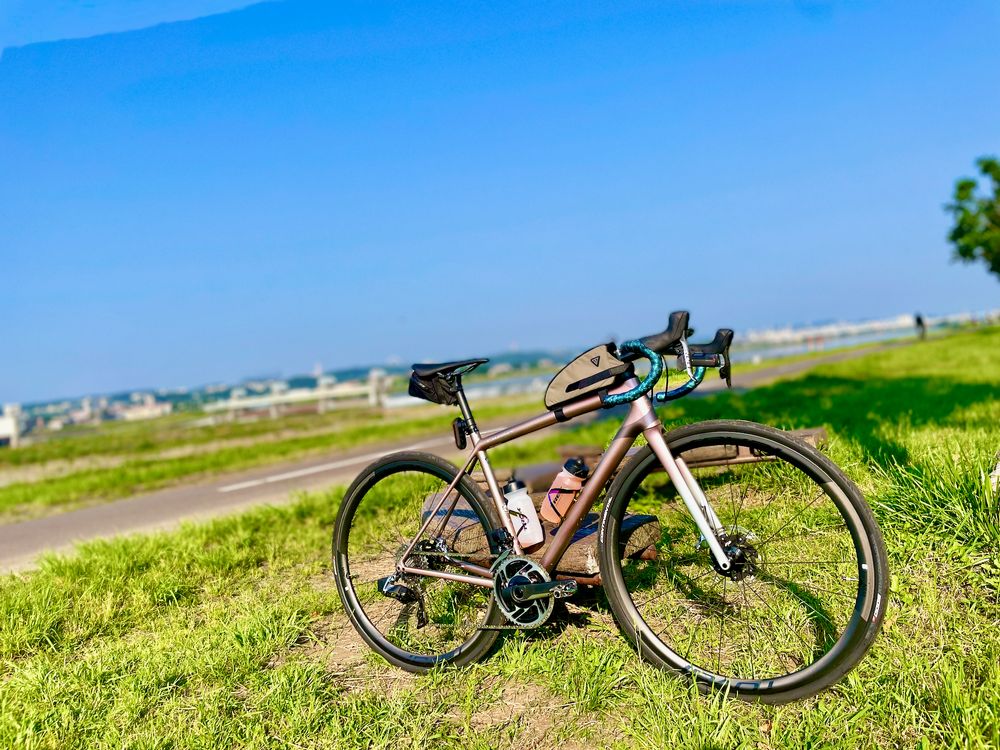 Just like the front page clearly says, I am absolutely an amateur and relatively cycling newbie. While I have been riding bicycles my entire life, I have not been seriously paying attention to cycling, nor been interested in spending money on the sport, except for the recent past. This explains why I only have the limited gear listed below as opposed to N+6 bikes like some hardcore cyclists.

This is the list of my current cycling gear I use on my daily rides:

Since my first full ride on the Aethos - whom I have nicknamed and will often refer to as Red Chameleon - I have fallen in love with its comfort and handling. About the only time it is no fun is when I have to roll over the annoying speed bumps on the Tokyo-side of the Tamagawa.

As far as cycling kit is concerned, I do not really get into anything specific. More or less I have bought some decent chamois shorts to help with the comfort against the saddle, but otherwise do not really care much about what I wear up top. I primarily wear sleeveless shirts, even though they ostensibly get a bad rap from cyclists because of their proximity to runners, since I find them cooler thanks to the lack of sleeves. This is especially helpful during summer in Japan when it the humidity level is turned up to treacherous. Lately I have converted to wearing traditional cycling jerseys because of the pockets in the back, since they prove quite useful in carrying all the nonsense required when out riding.

This is my standby bike. It is currently setup in, more or less, its default state albeit with a few visual customizations:

I am considering replacing the 32c road tires with 38c gravel tires, and turning her into what would essentially amount to a Trek CheckPoint. There are a lot of fun areas to ride in the gravel along the Tamagawa, wich is the impetus for this consideration. While I have not made any decisions yet, this is an idea I am mulling over.

For all intents and purposes, this bike has been retired. She is sitting in my garage in a dilapidated state. One of these days I do plan to fix her up, get her back to a decent working state, so I can just go on leisurely rides without having to be concerned with the right shoes nor be concerned for her safety should I need to leave her locked-up outside a restaurant or store.

This is an Austic Folk single speed bike built locally in Kyoto, Japan. The shop is primarily known for building BMX bikes. I love the way this all matte black baby looks and rides, even if she is tough on the muscles since she is only a single speed. Nevertheless, I had nothing but good times with this baby!