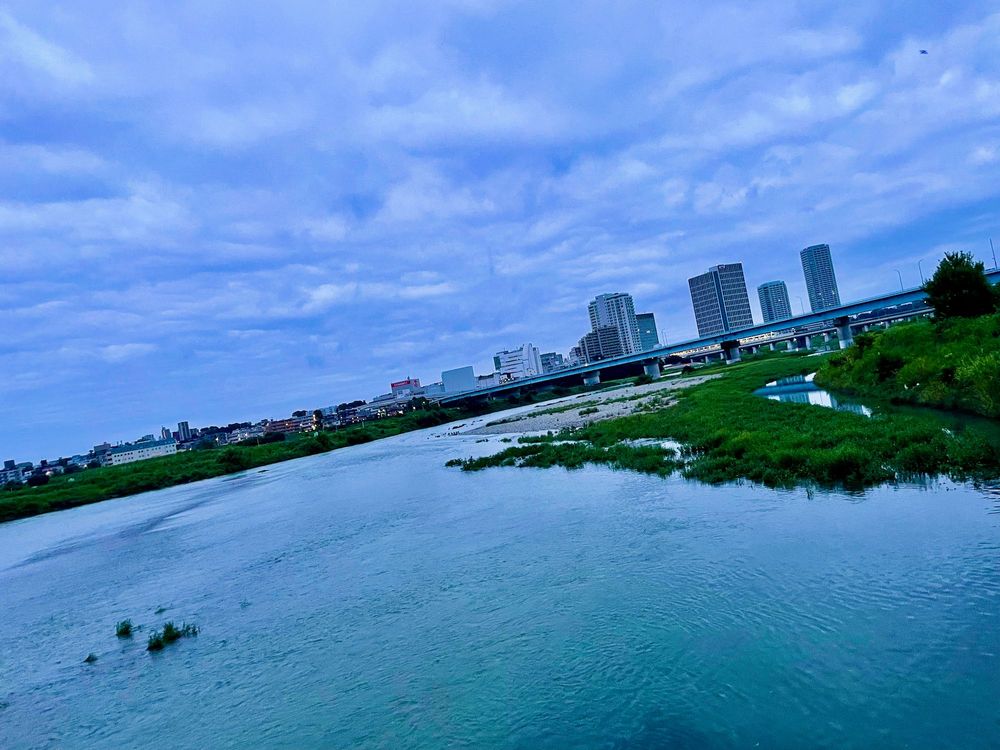 Finally, after damn near six days of consecutive dawn rain, Red Chameleon and I were able to get out for an early morning meditative maneuver. Despite gloomy cloud cover, it felt absolutely fantastic to be riding again and burning unnecessary calories after my diet kind took a nosedive the last week.  Will this weather hold up or is this just a short reprieve?

The weather was a balmy 20c at 4:45am as I headed out towards Red Chameleon. This is the first time in quite a while I have walked outside at this hour and immediately thought the air felt semi-chilly. Today's climate was the perfect balance for cycling.

As I hit the garage, I noticed Red Chameleon had a few cobwebs on her after sitting idly for the past week. Despite the lack of use, she was in tip-top shape and ready to rock-and-roll on the Tamagawa Cycling Road. I hit the streets long before sunrise, although seeing and form of sunshine was not in the cards.

Despite not riding in so long, my legs felt great and I had decent pace. I was not setting any personal records today nor was I struggling to ride at my desired speed. A slight headwind slowed me down just a tad, but did not make a huge dent in my segment times. I believe my upstream time was roughly average based on recent rides. The return trip was slightly better than I performed the last three or four times I was out on the cycling road.

I sit here typing this at a little after 8pm on Monday evening. It was been a very busy day, and I have not had an opportunity to really let me thoughts sink in for today's post. I just finished up an epic five hour team call, and my brain is mostly fried.

Based on the current weather forecast, it looks like tomorrow should be OK to ride. I will know with certainty once I awake at 4am, but I am optimistic I will be able to get two consecutive rides in for the first time in two weeks. The weather was pretty unpredictable today so I make no illusions about the potential for rain tomorrow.

A Sith never deals in absolutes.