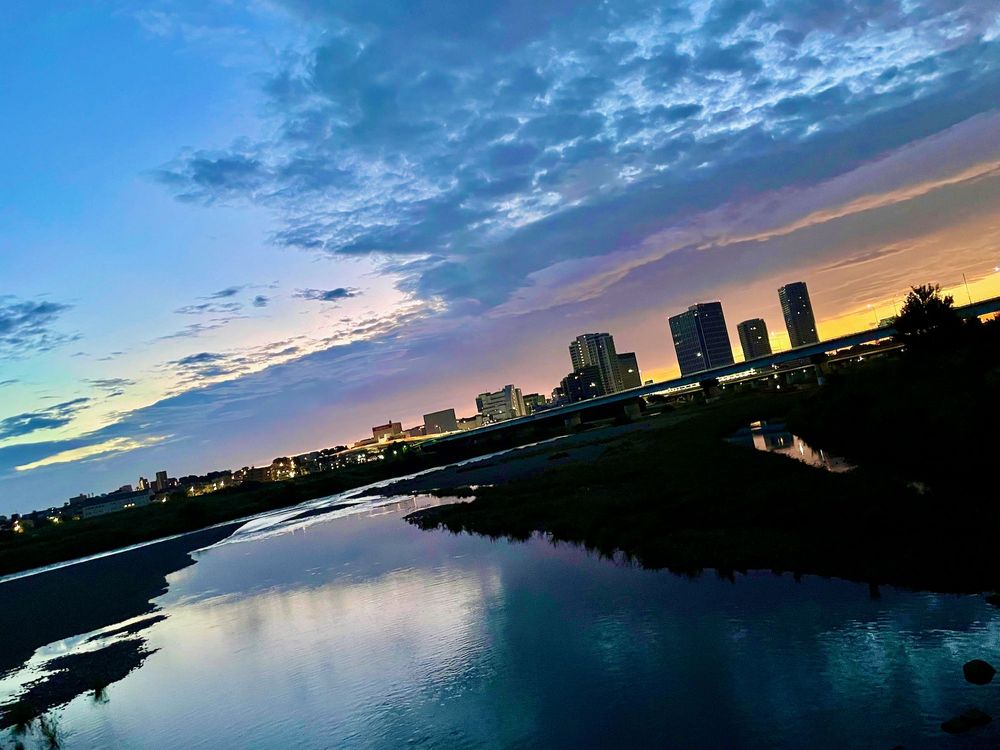 It took about ten days to get back out on the tarmac, but after a couple hellaciously busy weeks and a small vacation to get in some hiking, Red Chameleon and I finally got to see some action. It felt amazing to be back out riding. Now it is a matter of getting back into a standard routine and cycling on a more regular basis.

My alarm started screaming at me at 4am as usual, and I crawled out of bed, mustering much morning motivation as possible. I quickly changed and prepped, and walked out the door at 4:45 into a cool black hole. The temperature was perfect, but it was still black as night. There was not a single light in the sky.

Red Chameleon and I shoved off a quick 10 minutes after I walked out the front door. This morning I had a very specific plan. I was not going to be able to complete a 50k. My legs were still quite weak from the lack of exercise and I did not want to push too hard. I also had a meeting at 6am I needed to join, and had a specific stopping point in mind where it would be comfortable to conduct an early morning work conference call.

The first part of the ride felt really good. The balmy dawn temperature was comfortable, almost slightly cold, and thus helped to better regulate my body from sweating profusely. Since I was not yet wearing my sunglasses, the chilly air hitting my eyes was discomforting. Not to mention, there are lots of patches of gnats, and riding through them without eye protection is no fun at all.

When I made my first stop at the usual spot, the sun was barely in sight along the horizon. I opted to keep the glasses of until a little later in the ride when visibility would be better. After putting my phone away, I took off upstream and headed to my predetermined halfway mark.

The first 18k actually did not feel that bad. My legs struggled as expected, but endurance was not the issue, just heavy logs inside my legs weighing them down from achieving decent pacing. I anticipated slower than usual speeds. Today I was roughly 2kph slower than average. My cadence was okay, hitting roughly 90rpm's for the majority of the trip.

On the return trip, I stopped along the river roughly halfway back. I paused at one of my favorite spots to conduct a work conference call. It was getting close to 6am and the weather was rapidly warming. The sun was beaming down upon Tokyo, and it was looking beautiful outside. All the variables were converging together for a perfect set of circumstances for the upcoming call.

It was actually quite refreshing to conduct a Zoom session outside along the river. I used my iPhone to join and hoped nobody wanted to do any screen sharing or side text-chats. The sound of the running water crashing over the small dam did not disrupt my conversations. In fact, it added some nice ambiance when it was my turn to speak. The real-time nature-filled background was a nice touch too.

The call lasted for about one hour. Thankfully none of my colleagues wanted to speak privately or further. This allowed me to immediately return to cycling.

I hopped on Red Chameleon and rode the remaining 20-ish minutes home. When I finally arrived at my garage, I was slightly tired and noticed some fatigue. Overall I was really happy I got out for a ride. This meeting-by-the-river strategy may have to be one I employ more often than not. Riding halfway prior to work meetings and then just taking them from the confines of the Tamagawa was a nice change of pace.

It felt great to get back out on the Tamagawa Cycling Road. The next few rides will likely only be simple 35k-ish routes until my legs feel semi-normal again. Once I am fully comfortable, then it will be back to pounding out 50k-ers throughout the week. Now that the weather is cooling off, I may even try riding further on the weekends when time permits.

There are three more days left in the week. Will I be able to hit my weekly 180km cycling goal?