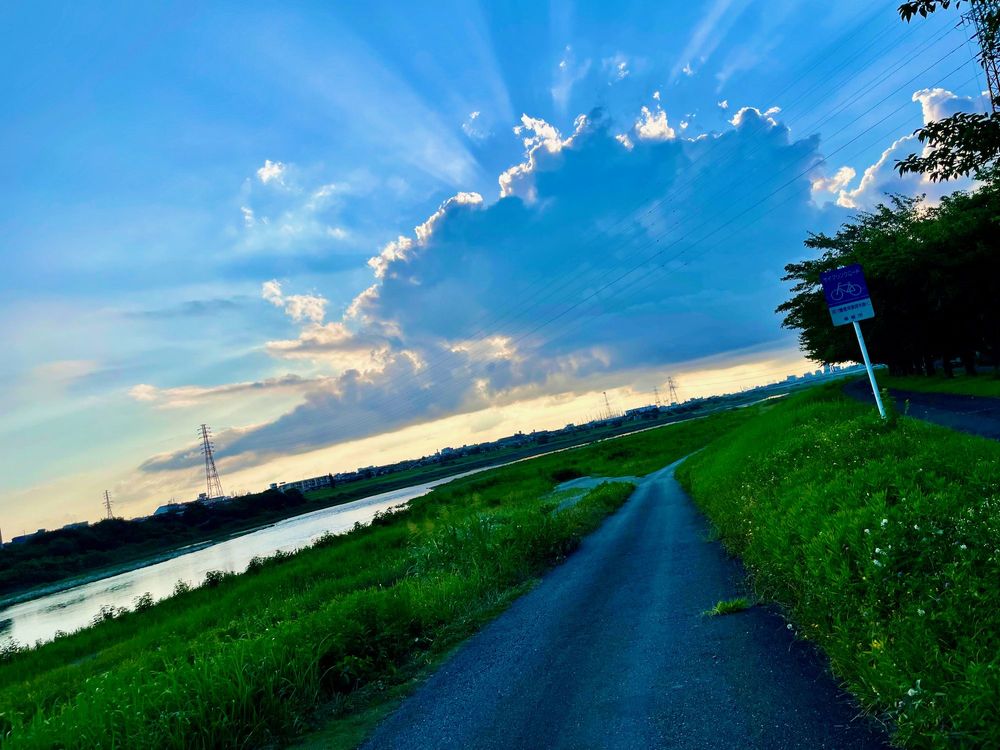 Even though I only needed a mere 11k to hit my weekly goal, I almost did not get out of bed this morning. I was sleeping comfortably, deep in some dream-like world I have never before visited. The first alarm ostensibly rang at 4am and I unconsciously turned it off, immediately returning to the foreign land. Right around 4:15am, mere moments before my backup alarm fired off, I woke up and realized it is time to ride. I hopped out of bed, poised to get some kilometers logged on the final day of the week.

I completed my normal pre-ride ritual, and walked out of the door around 5:15am. After prepping Red Chameleon for today's festivities, I hopped on the saddle and off we rode for a chill and relaxing muscle salvaging ride. Despite the long distance yesterday, I was not tired nor in any pain. The heat, more than anything about the fun sightseeing ride, is what had me somewhat spent this morning. Rather than push it, I opted to take a more relaxed approach today.

The weather today was not too dissimilar than the last few days. It was around 26c with about 85% humidity. Walking was labor intensive, so spinning was going to be even worse. Thankfully there was a slight breeze on the upstream ride, offering a small level of necessary comfort in the fiery temperature. Instead of pushing myself, I rolled fairly chill, taking in more fresh morning air and appreciating the Tamagawa ecosystem.

The cloud cover today was beautiful. Tokyo has been graced with the consummate summer canopy, what we often observe overhead this time of year. And it was lovely, as seen in a few of the pictures from the ride. Cloud watching is one of my favorite things to do this time of the year.

I did not make any attempts to ride exceptionally fast nor was I concerned about maintaining any particular cadence. All I wanted to do today was get some exercise while enjoying the ride. While I am not impressed with today's riding stats, the point is I completed a ride and went above my weekly goal. Mission accomplished!

Thankfully there were few people along the river. On the return, there was a one kilometer stretch with quite a few old folks out for their morning walk. Navigating this was like an obstacle course, constantly weaving left and right, even though I am supposed to be maintaining course on the left side of the road.

Not only did I have to contend with the walkers, but also cyclists coming from the opposite direction. It is amazing how many riders have such horrible manners, often not paying attention. They seem to assume because they are kitted up, and appear more pro than other people on the path, they automatically have the right-of-way. This could not be further from the truth, and is actually quite dangerous in practice. Plus it annoys the shit outta me.

I ended up doing the normal almost 40k round-trip circuit. It felt great, and was the perfect start to the day. Rather than returning late, leaving not much time left in the day, I was back home and showered before 8am. Now it is time to grab a bite to eat for breakfast, enjoy a nice cappuccino, and then spend the final day of the weekend doing something fun. We will likely visit a local cafe, walk around the local mall, and keep it pretty chill.

Have an outstanding final day to your weekend and stay safe out there!