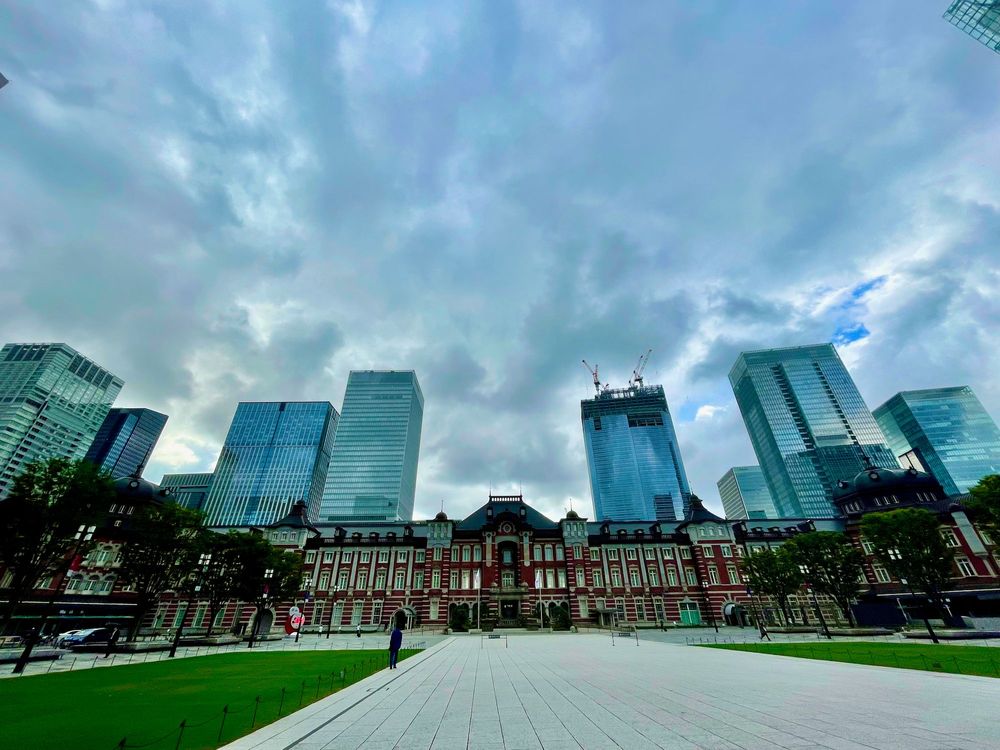 Today was a really fun day of riding. It started off with a 40k-ish up-and-back along the Tamagawa, followed by a ride into downtown Tokyo to prowl for a CrowdStrike advertising campaign ostensibly running at Tokyo Station, Shinagawa Station, and Roppongi Hills. A buddy and I met in Ebisu after my Tamagawa segments, and then did a nice loop around central Tokyo. Overall, a nice 70k worth of pedaling all over town.

I had intended to ride on Friday but was so utterly exhausted I slept right through my alarms. Thursday afternoon I got a full body and head massage, and it made me so sleepy I could barely stay awake. Once I plopped my ass in bed it was all done. I slept like the dead, finally arising from a deep slumber at 6:30am, well after I would have preferred. At this point it was just too hot and humid to go out for a ride so I opted to take the day off instead.

Rather than riding, I ended up taking Red Chameleon to the Specialized Shop for her one month checkup, albeit one month later than planned. She got a thorough inspection and a clean bill of health. No issues whatsoever, which is exactly what I expected, though you never really know.

Last night while watching the Tokyo 2020 opening ceremony I fell asleep on the couch, finally moving to my bed at around midnight when the festivities ended. I quickly set my alarm for 4am, and jumped down the dreaming rabbit hole until I finally got out of bed at 4:15am.

The plan for today was to do the old standard 40k loop, and then ride into central Tokyo to meet up with a friend at Ebisu Station. We were then going on the prowl around the city for specific locations where CrowdStrike was ostensibly running advertising campaigns. In addition, we planned to ride around the Imperial Palace, and then end the day with a coffee and some chit chat at Starbucks.

We did all that and had a blast. The first 40k was great because that was the real exercise. I knew the riding around town was going to be slow, and filled with a ton of stops due to red lights everywhere. The entire ride was a nice mixture of pleasure and pain.

Mother Nature even made herself known, dropping wet warriors sporadically across Tokyo. Thankfully it was nothing substantive, just enough to be annoying. However, the cool water was a nice respite from the glaring heat beaming down from above. My exposed skin now mixed between stank sweat and rank rain, I definitely will be needing a shower as soon as I return home.

I did not take nearly as many pics around Tokyo as I should have done. Next time I intend to do a bit more stopping for some nice shots. The Imperial Palace area is lovely, and quite picturesque. I did manage to squeeze in a decent shot of Tokyo Station though. For all the places we rode by, I am not sure why I did not bother to get some pictures.

Today was the first time in quite a while I rode a substantial distance on regular rodes, sharing them with much larger and more dangerous vehicles, not to mention treacherous obstacles. Thankfully during the early morning hours there are few cars to parry, more or less providing me with a lot of room to ride without fear of getting run over. The Garmin Varia RTL 510 was the perfect companion today, providing an outstanding amount of situational awareness.

The ride from Futako-Tamagawa down Komazawa Dori to Ebisu was not that bad at all. The route is a nice mix of inclines and declines, combining quality exercise with speedy drops allowing me to hit speeds upwards of 55kph. Red Chameleon handled the ride like a champ.

Today, more than anytime in past ride, I really understood and respect the need for a bike with compliance. Red Chameleon handles like a champ, allowing me to quickly weave in and out, and around obstacles when necessary. When I want to turn, she turns. When I want to go straight, so goes straight. Whatever I tell her to do, Red Chameleon complies, and this sets the proper expectations for both of us.

After all the pleasant riding around town, we dropped by Starbuck at Tokyo Midtown. I snatched up a refreshing ice cold Nitro Cold Brew Float and refuled with a cookies & cream doughnut. The sugar was absolutely necessary at this point because I was at about the 60k-ish mark of the full 70k. To be fair, I could have selected something more nutritous but thought I deserved to indulge after all the hard work.

It is not as if I was tired. I had only eaten a small granola bar at 4:30am, and a small energy gel pack at 6:00am. At this point, after all the kilometers and expended energy, my body was screaming for some sugar more than anything, but any kind of sustenance to help me make it home without issue. Of the two items, the nitro cold brew was amazing, and the absolute star of the show.

We sat at Starbucks for about an hour shooting the shit, and then around 10am went our separate ways. It was only about a 20-minute ride home, mostly back through Komazawa Dori. There was substantially more traffic this time but nothing to be overly concerned about. The heat was more perilous than the ride itself. By the time I made it home I was drenched in sweat, and ready to pass out from the heat. Walking indoors to an ice cold air conditioned house was pure bliss!

One more day to go this week and only 10k from my 180k goal. Tomorrow should easily get me over that hump, as I intend to ride at least the standard 50k. Here is to hoping I destroy this weeks riding goal!