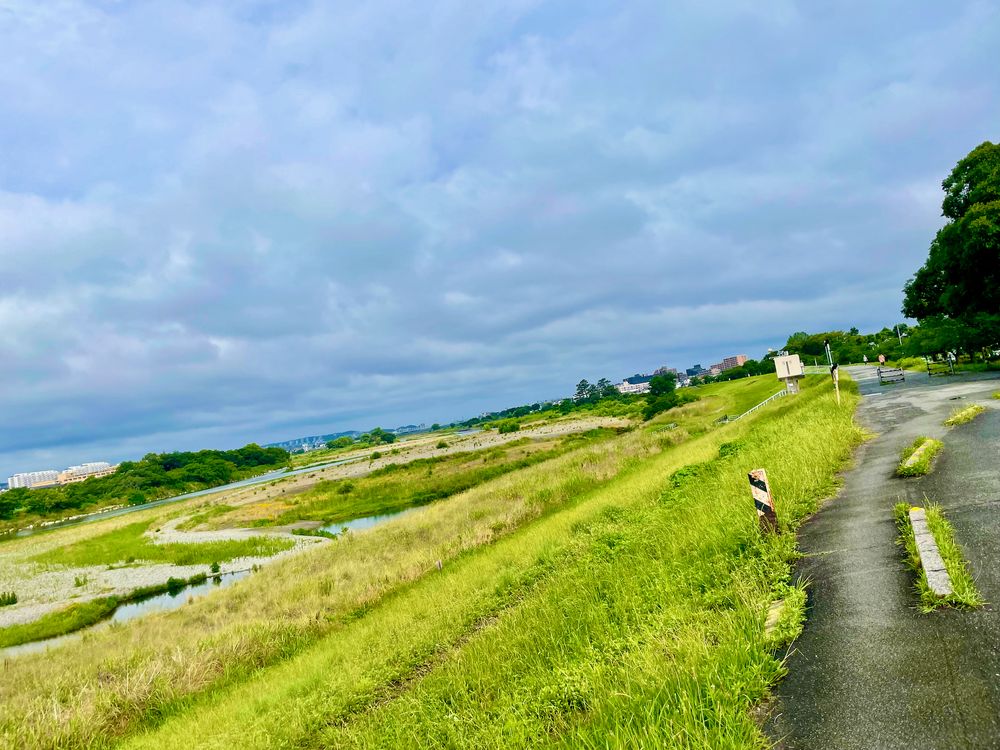 This morning it was not a given I would get to ride because of weather uncertainty. It was raining most of Wednesday, and throughout part of the late night, thus getting out on the tarmac was a gamble. Luckily it turned out the rain had stopped some hours ago, although death was looming above. I woke up at 5am with the intent to leave at 7am after an early morning weekly leadership meeting, which got suddenly cancelled 15 minute prior to game time. This was great news because it allowed me to sneak in a few extra kilometers, so I hopped on the Red Chameleon and headed out an hour earlier than expected.

I named todays ride Thursday Morning Wet & Dirty Quickie because of the post-rain still water all over the cycling route. There were puddles literally everywhere along the 36k. I even had one stretch of about 20 meters that was nothing but standing water, which I flew through at around 28kmh, splashing dirt and water all over the bike and my body.

The ride felt really good overall. I encountered no major pain or struggles with endurance this morning. I did want to do a full 50k, but because of exceedingly limited time thanks to business obligations, even with an extra hour, I could only muster 36k. Taking a close look at today’s riding stats, my average speed and cadence were not where I would like them to be. More work to concentrate on tomorrow when out for a full 50k before meeting up with friends for morning coffee.

On one of the faster segments during the return I was hitting 32k for a good portion of the leg when I was suddenly passed by another cyclist. This dude passed me quick and must have been going closer to 40k!😱 It was one of those moments when reality bites, and you recognize that although you are killing it in your own world, in the grand scheme your efforts are nothing compared to people who have been doing this for years or are just outright stronger.

Now on to a nice warm shower, a post-ride protein shake, and a small breakfast before diving head first into meetings, bloody meetings.