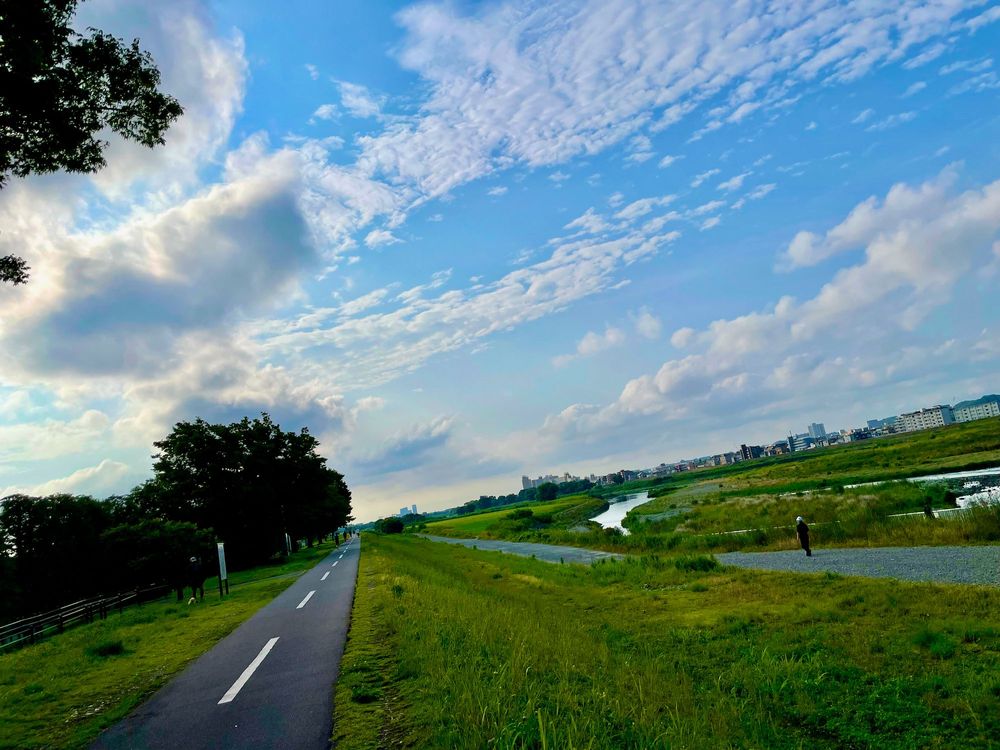 It was easy to wake up this morning because even before I hit the sheets last night for a few hours of sleep I was stoked to ride. I quickly hopped outta bed, hella motivated to rock out a nice 50k ride. Even before departing, I had decided to do a full metric half century and not turn around earlier, even if I was getting pummeled with rain. Luckily the weather is absolutely gorgeous today, perfect for riding, and never once faltered.

The first half of the ride I somehow struggled to keep pace, basically averaging a measly 25kph when I would have preferred to be in the neighborhood of 27kph. There was a slight headwind causing me a bit of strife so that is partially to blame, but mostly it was due to my legs feeling like mashed potatoes. I do not want to use the headwind as an excuse for my shitty performance; ultimately it was my legs and not mother nature preventing me from having better speed.

I hit the 25k half-way point feeling really good, having thoroughly enjoyed the ride thus far, mushy legs notwithstanding. I quickly hit the bathroom to relieve myself of all the liquid intake, downed a single 100g energy gel pack, and swallowed a bit more electrolytes before hopping back on Red Chameleon to commence the trip home. The contrast between the two legs could not have been any different. It felt as if my strength magically doubled because I was flying down the tarmac, averaging in the neighborhood of 32kph for the final 25k. Even after the few inclines and the loads of early morning sports traffic on the downstream ride, I had no issues quickly getting back to pace. So I am very pleased with this leg of today’s journey.

Quick rant: old people walking their dogs need to take better caution when on the cycling road. I caveat this complaint with full transparency: I have three dogs that are walked daily, so I take spatial awareness quite seriously, especially in areas where there are people moving at high speeds.

Yes, lots of walkers and runners are sharing the road, but for Christ sakes keep your dogs on the grassy side of the path rather than walking them in the middle of the road with the full length of their leash. As I was nearing the end of the first 25k, an old lady was walking her cute Shiba in the – of course – middle of the cycling path. She did not have the leash tight, and thus had almost no control of her pet. The Shiba turned around, saw me coming, and decided it would be more fun to chase me than to go for a leisurely stroll. The pup damn near ran into me, so I had to take quick evasive action to avoid a collision. Had she held the pup on the correct side of the road rather than the middle this would have been a non issue!

Overall, today was an awesome riding day. I feel fscking great and ready to start the day. I am really looking forward to an awesome dinner celebration tonight where I get to indulge in some wine and a gourmet meal. Totally earned it in my book!