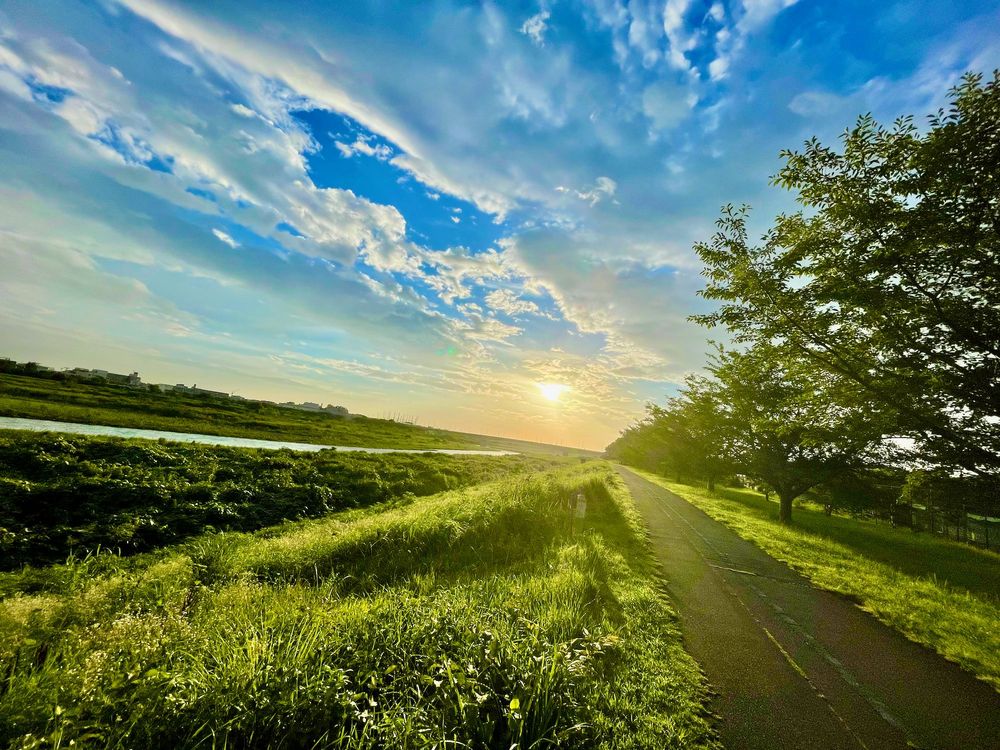 Post-typhoon weather is usually really beautiful. This morning was no departure from that rule, as the sky was lovely shades of blue, and the sunrise was absolutely stunning. The typhoon climate remained, baking the air with unusually uncomfortable heat and humidity competing against their windy counterparts. Today was the perfect day to take a leisurely stroll, enjoy the splendid morning, and just soak in all nature was offering.

This morning I hopped out of bed right as my alarm rang. I was not feeling high levels of motivation, likely due to two stagnant days stuck inside the house thanks to craptastic weather. I had to push myself into action rather than glide through the morning ritual. Once I was completely dressed, hydrated, and energized, it was time to roll out of the house and mount Red Chameleon for the first time this week.

Stepping outside was like walking into a sauna. This was not the climate for dream rides. Sometimes there are just no good choices. Rather than another sedentary day, I needed to get out for a ride so will have to deal with the annoying weather. This is where we say shouganai aka しょうがない in Japanese - it is what it is.

As I started pedaling towards the river, I decided today I was going to enjoy the ride rather than push myself or be concerned with stats. With all the wind it would be nigh impossible to get decent stats so why bother? I settled for a more fulfilling ride by basking in the wonder of Mother Nature's ultimate achievement.

When I was crossing the bridge from the Tokyo to Kanagawa side of the Tamagawa I was greeted with a lovely rainbow. As I followed my normal route and stopped at that first checkpoint I was presented with an even more beautiful sunrise between Futako-Tamagawa. The morning was turning out quite pleasant despite the wind.

I was chasing the rainbow for much of the ride upstream. It was not until I hit the 18k turnaround spot when the rainbow disappeared into Mother Nature's proverbial bag of tricks. Pursuing this lovely strip of colors as I cycled along the river was another reason I love to hit the tarmac in the morning. You just never know what the day will hand you on a silver platter.

The return ride was just as pleasant as the first half. Instead of heading directly home, I stopped along the river at a strategic spot and snapped a few pictures while taking in deep breaths of the fresh morning air. I wanted to enjoy myself, and be one with nature. Maybe I should have brought a yoga mat and meditated a bit before hitting Red Chameleon for the remaining 10k home?

Prior to pausing, I did a 3km segment in full aero position, and somehow maintained a respectable 34kph pace. This surprised me considering the head- and cross-winds I had to endure. I guess this just goes to show you what being aero can do! After the 3km segment I returned to a more relaxed posture and just rode, thinking nothing about the weather situation.

I sat on a bench overlooking the river, watching the daybreak traffic stroll by me. There were countless older men and women appreciating an early morning walk. Young and middle aged folks jogging along the river to start their day with some quality exercise. Families were out with their children and pets. Everyone appeared to be savoring Mother Nature's artistry on this post-typhoon morning.

You could not ask for a better start to the day.

Today was an illustrious yet simple ride. You have to know when to push yourself, and when to just enjoy a ride. This morning was the latter, tomorrow the former. The weather forecast indicates much more favorable cycling conditions Tuesday morning. I hope the weather holds up, and the wind dies down, because I would love to pump out a 50k ride tomorrow.

This is going to be a busy week, so starting it off right was important. It is a holiday in Japan today - Mountain Day - but the festivities kick off tomorrow bright and early. Jump-starting the day with hardcore exercise, pushing my body to its boundaries will be the perfect recipe for filling up the motivation tank to full.

Have a great start to your week and never give up! 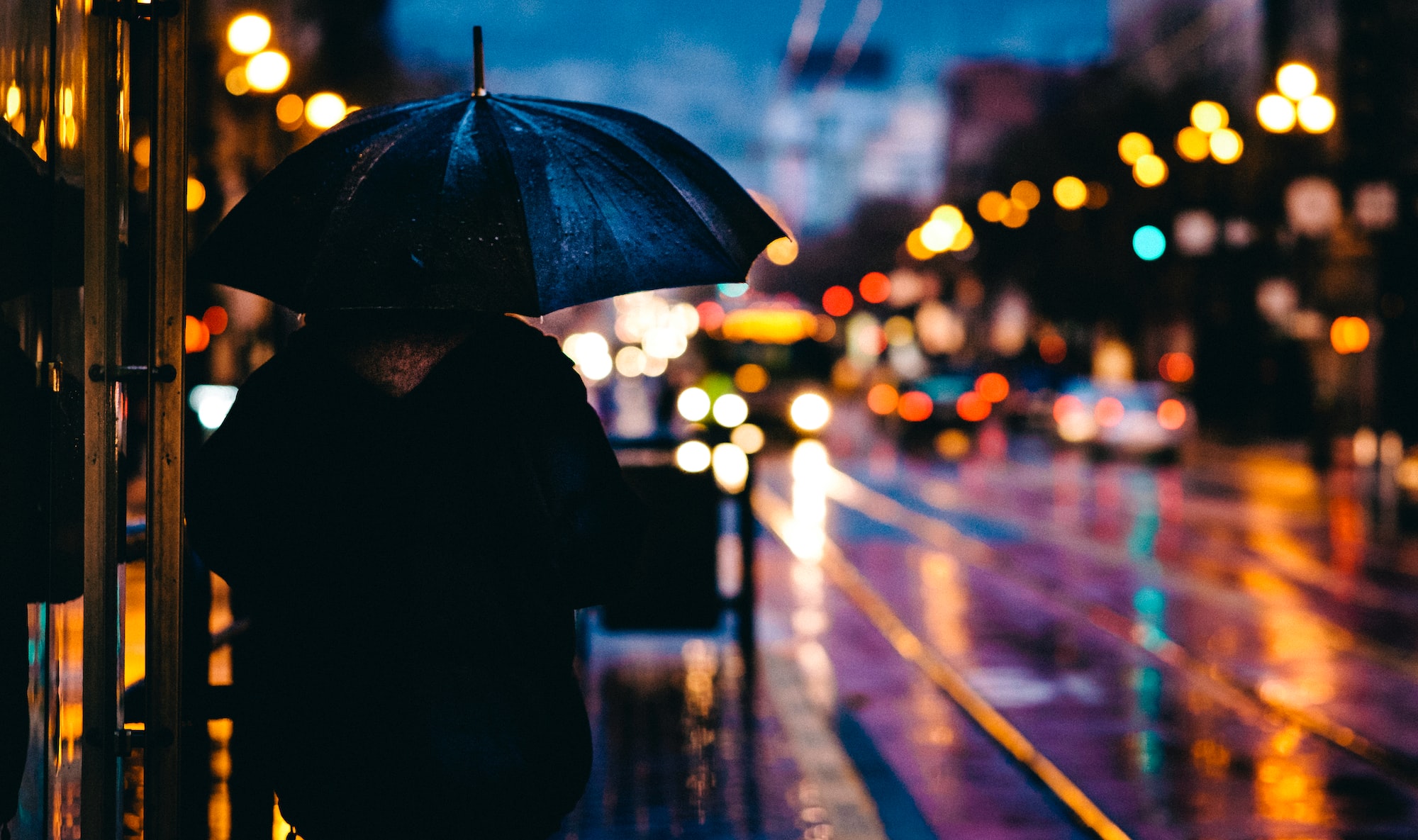